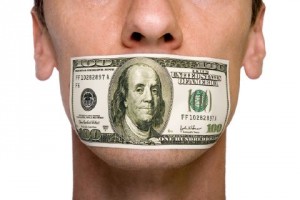 ENISA published in September 2009 a press release about the huge increase in ATM fraud. The title spoke by itself: “Annual cash machine looses in Europe approach EUR 500 million: ENISA provides advice for consumers.“

The last talk scheduled during HiTB Amsterdam last week was canceled and replaced in last minute by the one of Job De Haas. The time was normally assigned to Raoul Chiesa who would speak about the “underground economy“. Due to pressure coming from the ATM vendors, he was forced to cancel his talk. Raoul is a well-know security professional:

I don’t know what was the content of Raoul’s presentation but he already presented it during the Confidence 2009 and NullCon conferences! Why was he suddenly censored? Instead of putting the pressure on a reliable security researcher and known as an ethical hacker,Â  why do not ATM vendors try to fix the existing vulnerabilities? Censorship does not increase the security! Instead of paying lawyers to track people who try make things more transparent… “Fix That Shit!” (like said Joe McCray)