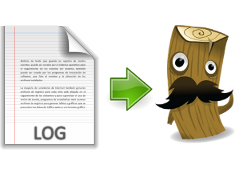 This topic is not brand new, there exists plenty of solutions to forwardÂ Windows event logs to Logstash (OSSEC,Â Snare or NXlogÂ amongst many others). They perform a decent job to collect events on running systems but they need to deploy extra piece of software on the target operating systems. For a specific case, I was looking for a solution to quickly transfer event logs from a live system without having to install extra software.

The latestÂ versions of the Microsoft Windows come with Powershell installed by default. Powershell is, as defined by Wikipedia, a task automation and configuration management framework. PowerShell 3 introduced nice cmdlets to convert data from/to JSON which is a format natively supported by Logstash. The goal is to have a standalone Powershell script executed from a share or a read-only USB-stick that will process Windows event logs and send them to a remote preconfigured Logstash server on a specific TCP port.

The first step is to prepare our Logstash environment to receive new events. Let’s create a new input and store received events to a dedicated index (it will be easier to investigate the collected data):

The Powershell script collects event logs via the cmdled Get-WinEvent and convert them in JSON format with ConvertTo-Json.Â The fact thatÂ Logstash expects one event per line, data received by Get-WinEvent are converted to an array and processed in a loop. Before sending the event via a TCP session, ‘\r’ and ‘\n’ are removed. Edit the script, change the destination IP/port and just execute the script to send a copy of all the event logs to your Logstash (take care, it could overload your server). A few minutes later (depending on the amount of data to index), you’ll be able to investigate the events from your favourite Kibana session:

The script is available in my github.com repository.