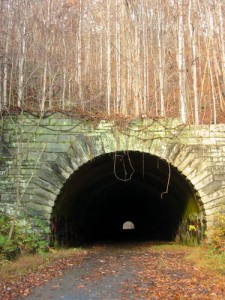 OpenSSH is a wonderful tool box. The main purpose is to establish encrypted connections (SSH means Secure SHell) on a remote UNIX machine and, once authenticated, to spawn a shell to perform remote administration. Running on port 22 (default), the client (ssh) and the server (sshd) exchange encrypted information (what you type and the result of your command). I’ll not review the long list of options available with SSH but let’s focus on a particular feature: tunneling.

By default, sshd (the server) has the flag AllowTcpForwarding turned on (I won’t start a debate here about this default setting). “TCP Forwarding” allows you to encapsulate any other protocol (based on TCP of course) inside an already established SSH connection. It’s very useful to increase the security of any unsecured protocol exchanging data in clear text (example: to check a mailbox via the POP3 or IMAP protocol). TCP Forwarding is also a common way to “hide” your activity on the network. Here is an example:

If you want to read more about tunnels, check the following tutorial.

But the ssh client has a much more interesting feature: dynamic port forwarding. When you connect to the remote host and specify a”-D

Starting from now, all applications compatible with SOCKS proxies can use the proxy running on 127.0.0.1:9999! Here is an example on FireFox:

Configured like this, your FireFox will send all HTTP traffic though the remote server via the SSH session. The server will connect to the final website and send the HTTP requests. Really nice! But there are some security concerns:

Here follows some steps to use the SSH tunnel in a safe way. First of all, if you don’t really need this feature, disable it! In /etc/ssh/sshd_config, set AllowTcpForwarding to off and restart the sshd process.

By default, the SSH daemon does not log the sessions established via a tunnel. To show them, you need to run the sshd in debug mode (-d). This is not acceptable in an operational environment. Here is a quick patch to log all outgoing sessions initiated by the sshd with a mapping to the UID (UserID). In serverloop.c, patch the function server_request_direct_tcpip() like this:

For each new TCP session, the following line will be sent to Syslog:

The patch will allow to correlate who connected and from which IP address.

By default, sshd allow to forward TCP sessions to any ports. You can restrict them to specific hosts and/or ports via the PermitOpen parameter (available since release 4.4):

Another alternative is to use the local firewall – iptables – to restrict connection initiated by the UNIX server.

Restricting the allowed users or groups

Now that hosts and ports are restricted, it can be useful to restrict who can use the port forwarding feature. Back to the sshd_config man page, let’s have a look at the Match keyword:

Here are some example. First let’s restrict the users who are allowed to forward TCP sessions: