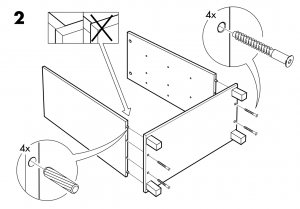 Appliance or not appliance? That is the question! A computer appliance is a dedicated hardware which runs software components to offer one of more specific services. Information security has always been and is, still today, a common place where to deploy appliances: firewalls, proxies, mail relays, authentication servers, log management, Wi-Fi controllers and much more! This post is just a reflexion about appliances and their alternatives. They are two groups of people: pro & cons. Those who love appliances for their robustness and ease of use and the others who are frustrated by their limitations.

Let’s check the components ofÂ  an “IT service”: It requires some hardware (chassis, CPU, memory and storage), some piece of softwares and “data” (input & output). The software layer is composed of three sub-layers: the operating system itself (to allow the applications to access the hardware – kernel / drivers / system calls), the applications themselves which manipulate the data and, last but not least, the management interface. To build this platform, we have three solutions today:

The hardware is often a major appliances’ limitation. They are sized to process a specific amount of data “units” (packets, emails, requests) and are not expandable or, sometimes, in a limited scope via specific manufacturer’s modules. If you reached the appliance capacity, you have to deploy a second one in parallel and load-balance the data or, subscribe to an upgrade program proposed by the manufacturer. Take care, entry-level models may have a restricted set of feature which could be embarrassing (like no support of the SNMP protocol or lack of clustering features). If you choose to build your own hardware platform or to virtualize the service, you are free to size the hardware as you want with your preferred manufacturer. Even better, upgrades are not an issue!

Regarding the operating system, an appliance has a major advantage: “zero-administration cost”. The operating system is hidden and the administrators cannot interact with it. It has been hardened and secured. At the opposite, a self-made solution will require more time and experience to setup the operating system. The application itself (to process the data) will have a large but fixed set of features on an appliance. Missing features could not be implemented without the manufacturer which releases new version x times a year.

Regarding the management, appliances are usually managed via a browser. An operating system and application installed on a server (physical or virtualized) will require more controls. In case of an appliance, connect the power-supply, the network and start a configuration wizard. Sometimes, big organizations have dedicated teams for system maintenance and security. This could lead to issues if one team must maintain the “OS” layer and a second one the security applications. Keep this in mind! Good examples are log management system which cannot be accessed, for integrity reasons, by people outside the security team.

A major advantage of virtualized environment is the “out-of-the-box” high-availability. Modern server farms are replicated across multiple sites and storage is provided via redundant SANs. The virtual servers can be moved without downtime. Lot of appliances have clustering features but you have to buy at least two boxes. In case of an active-standby setup, the second box won’t be used and increases drastically the budget. Same for dedicated servers where extra steps are required to build clusters.

To resume, here is a table which lists all the pro & cons of each solution:

What’s the best solution? Do it yourself or use a plug’n’play solution? I can’t answer for you! Some people will be afraid to build their own platform (lack of time or knowledge), others enjoy their freedom. Anyway, the most important point to keep in mind: often, if you have to install a new service, the request comes from the business for the business (your users). Your choice must respect:

Finally, a last remark: self-made servers or appliances will perform badly if not properly configured! Whatever the solution chosen, keep all the security aspects in mind.