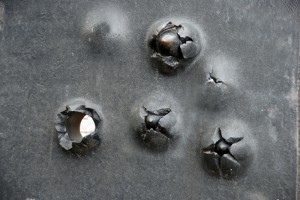 Is there a way to make your Windows environment certainly not bullet-proof but stronger enough against attacks? A few weeks ago, Microsoft released an interesting add-on called EMET for its Windows operating systems range.Â  EMET stands for “Enhanced Mitigation Experience Toolkit” and is designed to increase the security of your Windows executables. How?

Microsoft Windows is a very common operating system and became a regular target for the bad guys for years now (more systems are targeted, more chances you have to compromise them). Still today, it remains the preferred target of most worms, viruses and trojans. A common attack vector is to abuse the stack with a “stack overflow” (There are plenty of examples based on this weakness). Wikipedia defines a stack overflow like this:

Indeed, the result of a stack overflow in an application is a crash which can be defined as a DoS (“Deny of Service”) attack. But, in worst cases, this can be exploited to execute some attacker’s code. The goal of EMET is to protect the running processes against this type of attack by implementing six mitigations:

Note that all the mitigation techniques are not available on all supported operating systems! Also, changing the behavior of some processes may affect the stability. Before implementing EMET in a production environment, test it in a lab!

The installation is a straight away process. Once done, run the GUI and configure your default setting using the “Configure System” button:

Note that changing the default settings, requires a system reboot. Then, you can configure your applications one by one with more granularity:

To be clear, EMET does not bring new techniques to protect against malicious code. Example: DEP has been made available since the Windows XP ServicePack 2. But, executables have to be compiled with a specific flag to enable it. Today, EMET allows you to enable it for any applications even if not compiled for the right flags. No need to recompile a bunch of source files.

Is EMET the definitive solution to prevent execution of malicious code? Certainly not! But it’s a step forward to increase the system security. It does not prevent you to keep your environment protected with a up-to-date antivirus solution. Execution of suspicious applications in a sandbox is also certainly a good idea. But EMET is easy to implement and can protect even your legacy application.