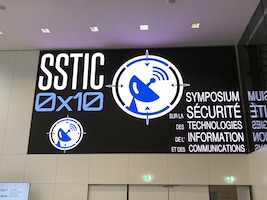 The second day started with a topic this had a lot of interest for me: Docker containers or “Audit de sÃ©curitÃ© d’un environnement Dockerâ€ by Julien Raeis and Matthieu Buffet. Docker is everywhere today and, like new technologies, is not always mature when deployed, sometimes in a corner by developers. They explained (for those that are living on the moon) what is Docker in 30 seconds. The idea of the talk was not to propose a tool (you can have a look here).Â Based on their research, most containers are deployed with the default configuration. Images are downloaded without security pre-checks. If Docker is very popular on Linux systems, it is also available for Windows. In this case, there are two working modes: Via the Windows Server Containers (based on objects of type “job”) or Hyper-V container. They reviewed different aspects of the containers like privilege escalation, abuse of resources and capabilities. Some nice demonstrationsÂ were presented like privilege escalation and access to a file on the host from the container. Keep in mind that Docker is not considered as a security tool by the developers! Interesting talks but with a lack of practical stuff that could help auditors.
The next talk was also oriented to virtualization and, more precisely, how to protect them from a guest point of view. This was presented by Jean-Baptiste Galet. The scenario was: “if the hypervisor is already compromized by an attacker, how to protect the VMs running on top of it? We can face the same kind of issues with a rogue admin. By design, an admin has full access to the virtual hosts. The goal is to reach the following requirements;

Some features have already been implemented by VMware in 2016 like an ESXi secure boot procedure, VM encryption and VMotion data encryption. Jean-Baptiste explained in detail how to implement such controls. For example, to implement a safe boot, UEFI & a TPM chip can be used.

The two next slot was assigned to short presentations (15 mins) and focussed on specific tools. The first one was pycrate.py. The toolÂ helps in the development of an ASN.1 encoder/decoder. ASN means “Abstract Syntax Notation 1” and is used in many domains, the most important one being the mobile network operators.
The second one was ProbeManager, developed byÂ Â Matthieu Treussart. Why this talk? Matthieu was looking for a tool to help in the day-to-day management of IDS (like Suricata) but did not found a solution that matched his requirements. So, he decided to write his own tool. ProbeManager was born! The toolÂ is written in Python and has a (light) web interface to perform all the classic tasks to manage IDS sensors (creation, deployment, the creation of rules, monitoring, etc). The tool is nice but the web interface is very light and it suffers from a lack of IDS rules finetuning. Note that it is also compatible with Bro and OSSEC (soon). I liked the built-in integration with MISP!
After the morning coffee break, we had the chance to welcome Daniel Jeffrey on stage. Daniel is working for the Internet Security Research Group of the Linux Foundation and is involved in the Let’s Encrypt project. In the first part, Daniel explained why HTTPS became mandatory to better protect the Internet users privacy but SSL is hard! It’s boring, time-consuming, confusing and costly. The goal of the Let’s Encrypt project is to automate, to offer for free and be open. Let’s Encrypt is maintenance by a team of 12 people (only!). They went into production in eight months only. Then, Daniel explained how Let’s Encrypt is implemented. It was interesting to learn more about the types of challenges available to enrol/renew certificates: DNS-01 is easy with many frontends needing simultaneous renewals. HTTP-01 is useful for a few servers that get certs and when DNS lag can be an issue.
Then, two other tools were presented.”YaDiff” (available here) which helps to propagate symbols between analysis sessions. The idea of the tool came as a response to a big issue with malware analysis: it is a repeating job. The idea is, once the analyzis on a malware completed, symbols are exported and can be reused in other analysis (in IDA). Interesting tool if you are performing reverse engineering as a core activity. The second one was Sandbagility. After a short introduction to the different methods available to perform malware analysis (static, dynamic, in a sandbox), the authors explained their approach. The idea is to interact with a Windows sandbox without an agent installed on it but, instead, to interact with the hypervisor. The result of their research is a framework, written in Python. It implements a protocol called “Fast Debugging Protocol”. They performed some demos and showed how easy it is to extract information from the malware but also to interact with the sandbox. One of the demos was based on the Wannacry ransomware. Warning, this is not a new sandbox. The guest Windows system must still be fine-tuned to prevent easy VM detection! This is very interesting and deserves to be tested!
After the lunch, the last regular presentation started with one about “Java Card”, presented byÂ Guillaume Bouffard and LÃ©o Gaspard. It was in some way, an extension of the talk about an armoured USB device, the Java Card is one of the components.
As usual, the afternoon was completed with a wrap-up of the SSTIC challenge and rump sessions. The challenge was quite complex (as usual?) and included many problems based on crypto. The winner came on site and explained how he solve the challenge. This is part of the competition, players must deliver a document containing all the details and findings of the game. A funny anecdote about the challenge, the server was compromized becauseÂ an ~/.ssh/authorized-keys was left writable.
Rump sessions are also a key event during the conference. Rules are simple: 5 minutes (4 today due to the number of proposals received), if people applaud, you stop otherwise you can continue. Here is the list of topics that were presented:

The day ended with the classic social event in the beautiful place of “Le couvent des Jacobins“: 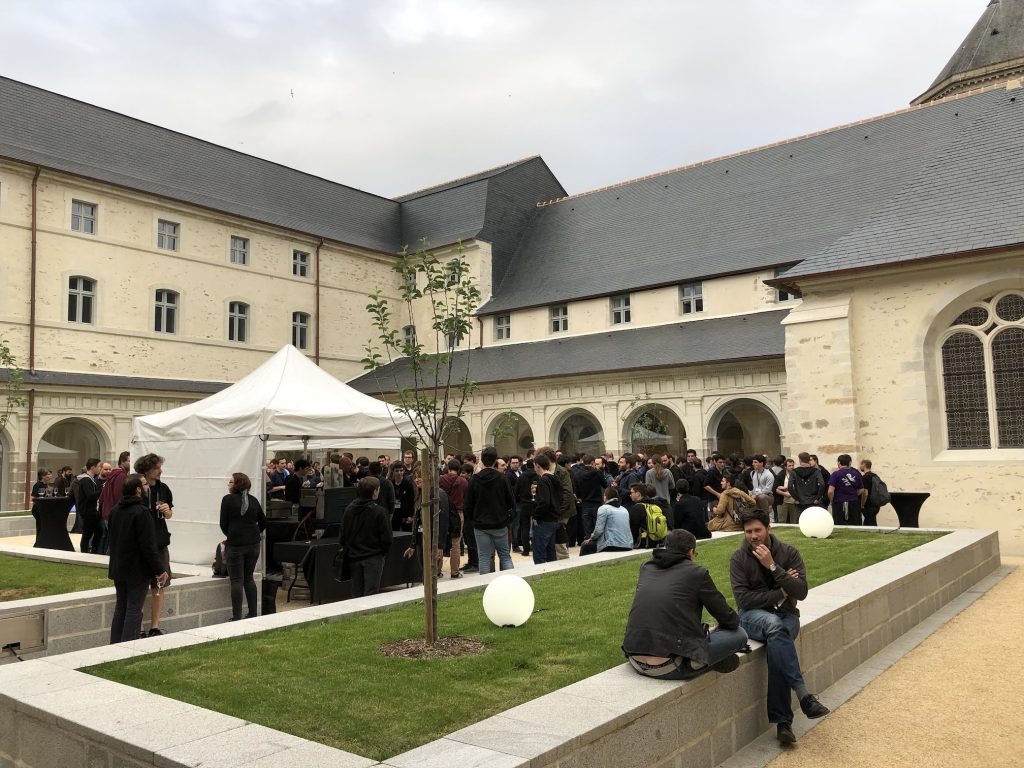 My feeling is that there were less entertaining talks today (based on my choices/feeling of course) but the one about Let’s Encrypt was excellent. Stay tuned for the last day tomorrow!