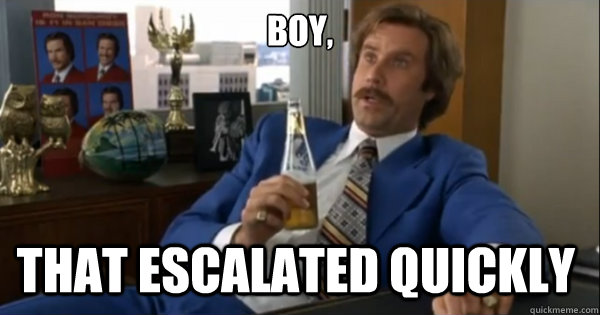 I had an interestingÂ discussion with a friend this morning. He explained that, when he is conducting a pentest, he does not hesitate toÂ add sometimes in his report a specific finding regarding the lack of attention given to the previous reports. If some companies are motivated by good intentions and ask for regular pentests against their infrastructure or a specific application, what if they even don’t seem to read the report and take it into account to improve their security level? What if the same security issuesÂ are discovered during the next tests? This does not motivate the pentester and costs a lot of money for nothing.

The idea of the “evil” CVE popped up in our mind during our chat. What about a specific CVE number to report the issue of non-reading previous reports? As defined byÂ Wikipedia, the “Common Vulnerabilities and Exposures” (CVE) system provides a reference-method for publicly known information-security vulnerabilities and exposures. And a vulnerability can be defined as a weakness in a product or infrastructure that could allow an attacker to compromise the integrity, availability of confidentiality of that product or infrastructure.

Based on this definition, the fact to not read and take appropriate the corrective actions listed in the previous pentest report is a new vulnerability! A good pentest report should containÂ vulnerabilitiesÂ and mitigations to remove (or reduce) the associated risks. It is stupid to not read the report and apply the mitigations. Even more if some of them are quickly (and sometimes cheaply) implemented. Think about the evil CVE-666-666 while writing your future reports! Note that the goal is not to blame the customer (who also pays you!) but to educate him.