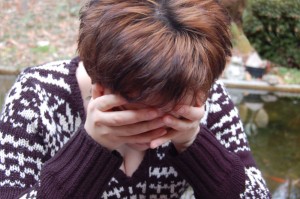 A “Wall of Shame” or “Wall of Sheep” is a real-time demonstration application which searches for non secured (read: sent in clear text) login/passwords sent through a network. One of the well-know wall of sheep is the one operated every year during the Defcon conference in Las Vegas.

A few days ago, the second edition of BruCON was organized in Brussels, Belgium. Since the beginning, I was tempted to run a wall of shame but there was too much important tasks to complete during the first edition (it was just a “nice to have” project). This year, I came back with my idea and I did it. But this was a long debate! Some people were excited by the idea while others were more skeptical. Finally, it was decided to display the wall of shame during a few minutes like a sort of proof-of-concept. That’s why I’d like to give my vision about running a wall of shame.

Everybody who’s attending a security conference or bar using an open WiFi network must be aware of the risks encountered to use unencrypted protocols. Common “old” protocols are unencrypted like POP3, IMAP, HTTP, FTP, VNC and much more. Best practices are to use the “S” versions like POP3S, IMAPS or to completely encrypt your traffic into a VPN. From my point of view, a wall of sheep must be seen as an educational or security awareness tool. The goal is certainly not to compile a huge list of credentials and abuse of them later.

The pro of a wall of shame is the “electroshock” received by people who see their obfuscated login information published on a big screen. You prove to them by “A + B” that indeed their information is not protected. Unfortunately, the human behavior acts like this: you can repeat millions of time the same story, we’ll forget it soon. Our brain has two types of memory: short-term and long-term. By default, what we learn/see/listen is stored in the short-term memory. Sometimes, with the help of special actions or events, the information can be moved to the long-term memory. A wall of shame is a great security awareness tool. Keep in mind that awareness also means recurrent reminders. A lot of people had background processes or agents running without realizing it and got hit by using WiFi…. It’s not just about unaware users as even security experts made the screen (no name here 😉 ).

Besides the fact that a wall of shame is funny and well accepted by the audience, they are disadvantages and you have to keep them in mind. Some people won’t be happy to see their name mentioned on the wall. Be prepared to receive complaints from angry people. In some countries, there might also be legal issues (or gray areas). Do NOT try to decrypt encrypted traffic! Never! Finally, your wall of shame may revive the debate about hackers vs. crackers.

So, how to deploy a “safe” wall of sheep? Here follow some important protections to be implemented:
How to display the collected information:

Of course, everything must be properly deleted wiped after the event. If you’re interested and would like to run your own wall of shame, have a look here.