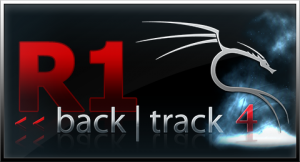 This is a long story… but it is finally solved thanks to the developers of the BackTrack distribution! For a long time, I used a good old Orinoco PCMCIA card to play around with WiFi networks. But it died and I was looking for a brand new toy. After reviewing some discussion groups and asking for advices, I decided to buy a brand new card from Alpha Networks. They produce good devices and not very expansive. There was two cards in competition: The AWUS036N and AWUS036NH. The second one is the new model. It offers more signal and is 802.11n compatible. Unfortunately, like a lot of new devices, the card was not supported by the “old” release of BackTrack. More precisely, it was available as a standard card to connect to a wireless network but injection of packets was not possible.

During BlackHat 2010, a new version (R1) was released with the following changes:

Yes! A new kernel and support for a broaden set of wireless cards! A few days after the conference, it was released to the public. Unfortunately, still no out-of-the-box support for the AWUS036NH card! I re-installed my BackTrack persistent USB-key using the wonderful tutorial provided by Kevin Riggins on infosecramblings.com. After more investigations and compilations, I’m finally able to use my card for monitoring and injection! Here are the steps I followed.

First, keep your BackTrack environment up to date:

Mine was already ok. Then, compile and install the Linux wireless compatibility package. This one is provided on the BackTrack media but not installed (no idea why?). There is already a new version available on wireless.kernel.org (2010-07-24) but I did not tested it. Install the driver using the following commands:

Normally, it should be fine but, in doubt, just reboot! Once done, connect your USB Wireless card and you should see something like this in /var/log/messages:

You will see the detected WiFi network and all the classic stuff (beacons, packets, etc). Now, let’s test the injection:

Looks good! But a new problem popped up:

Once again, some reading of online material revealed that this is a know problem. To fix this, apply the following patch (credits go to DomInat3):

And recompile the driver as already describe above. After reboot, try injection again:

Case closed! The installed driver worked for me. My WiFi adapter is a AWUS036NH (802.11b/g/n Long-Range Wireless USB Adapter) but the procedure should stay the same for others.