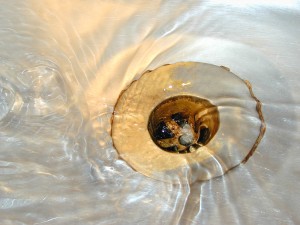 A new tool has been released (version 0.1) today on code.google.com: OpenDLP. “DLP”, “Data Loss Protection” or “Data Leak Protection”, a buzz-word! Even if the problem is real and critical for some organizations, my opinion is the following: Instead of spending money in expensive solutions (and DLP solutions ARE expensive!), spend some money to deploy correct work environments for your team members!

Often, the data losses are caused by motivated people just trying to do their job! Example: John has an important meeting tomorrow at nine. Due to regular server problems in the afternoon, he was not able to complete his presentation. What will John think? “No problem, I’ll send my data to my personal Gmail account and finish my presentation tonight from home. Bzzzzz wrong! Another example: due to a poor reporting engine in the sales tool, a managerÂ  exports a database of customers on his own laptop to process them using a self-made Excel sheet. Again, wrong!

Let’s focus now on OpenDLP which can help you to implement basic scanning on files laying on your organization workstations and servers. As defined by the author: “OpenDLP is a free and open source, agent-based, centrally-managed, massively distributable data loss prevention tool released under the GPL“. It looks interesting! 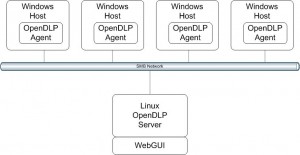 OpenDLP is a solution running on a central Apache webserver. The code is written in Perl and stores data into a MySQL database. The philosophy is to deploy an agent to Windows hostsÂ  with a configuration. This is achieved using Samba and Windows credentials. The agent, installed as a service, performs the scan, grabs results, uploads them to the server and is finally removed . This process is fully transparent to the Windows user and non intrusive. As the agent is installed as a service, it survives reboots. Once installed, simple communication is available between the central server and agents (example: to pause a running scan process). A simple system has also been implemented to mark some matches as false-positive.

OpenDLP is released as GPL and all the source code is provided. I quickly reviewed the agent source sources:

Once finished, the scan results can be reviewed via the WebGUI and exported as XML for further processing. The search for breaches is performed via Perl regular expressions. The default set of regexp is very low but gives a good idea of the “power” of regexp:

If the project grows, a good idea could be to build a repository of regular expressions shared between users. I did not test OpenDLP across lot of agents but it looks to do a good job! There is at least one big missing (feature especially for me): a lack of logging! I could by a killer feature to receive events in a third party tool like OSSEC or maybe automatically export the results in XML and process them with a specific OSSEC parser?

The developer has already a list of future enhancements. Amongst others, I’m expecting: