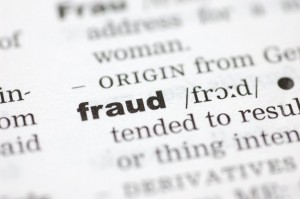 For a while, it looks that “Fraud detection” is a hot-topic for many SIEM vendors (“Security Information and Event Management“). Recent presentations or webcasts I attended had always some time dedicated to “fraud”! The vendors can’t be blamed to find new opportunities to sell their products. Today they are solutions which work quite well at detecting common security incidents. Wikipedia defines a fraud as “an intentional deception made for personal gain or to damage another individual;“. Detecting fraudulent activities is difficult due to their nature: they are based on simple actions and they are hidden in the huge flow of events generated daily by your devices and applications.

If you read my blog, you probably noticed that OSSEC became a recurrent topic for a few weeks. Like I said above, I’m involved in SIEM projects based on commercial products and I find the availableÂ  tools fascinating to extract the real value from events! Users activity generates events which are already collected by OSSEC. So why not try to detect fraud with a free solution? They’re many types of frauds (banking, telecommunications, Internet, etc) but I’ll base my example on user accounts fraud.

The scenario: An organization maintains a portal, based on Apache, delivering business information related to the Belgium market. All users receivedÂ  personal credentials. The goal is to detect fraudulent login usage. If one of those conditions is met, OSSEC will generate an alert:

The implementation of a fraud detection mechanism starts with a white page and some brainstorming: How to translate a fraudulent behavior into rules and triggers? In the examples given above, let’s focus on the second one: detecting a login used across multiple countries during a small period of time. The user’s IP address will be converted to a country name (via geo-localization). And a delta of time will be computed between each access on the website for a same login (We will assume that one day may occur between accesses from two different countries). At OSSEC level, those operations will be performed by an active-response script. The following figure will give you an overview of the solution:

How to implement this? I’ll assume that your OSSEC server is already configured and processing Apache logs. For details about the installation or deployment of OSSEC, have a look at the documentation.

We need to track users authenticated by the Apache server. To achieve this, we need to change the “web-accesslog” decoder to fill the variable “user” with the right value. Backup your decoder.xml and change the existing decoder like this:

A new “accesslog” rule will be created in the “local_rules.xml” configuration file:

To reduce the server load, I’m using a variable “WEB_USERS” with all the suspicious logins. Only events matching one of those users will be processed. If you want to reduce even more the matches (and the server load), you can restrict to some URL only. The newly created rule will never generate an alert nor a log entry. To achieve this, set the right rule level (here “5”) or use the option “no_email_alert, no_log”.

This configuration defines a new script (“web-locate.sh“) will be triggered by any event matching the rule ID 50000.

Basically, the script “web-locate.sh” does the following:

Here is an example of event generated by the script:

The script is available here (provided “as is”). Feel free to re-use it.

The last step is to generate a new alert type from OSSEC. To achieve this, the main configuration will be modified to take care of the new log (using the type “syslog” – one event per line):

And define the new alert via new rule in local_rules.xml:

Finally, restart your OSSEC. If one of your monitored logins will be used from different countries in less than 24 hours, alerts like the following example will be generated:

Nice isn’t it? The example presented here is quite simple. The ‘active-response’ feature of OSSECÂ  is great and can trigger powerful scripts which can perform deeper checks to detect suspicious activities on your network! Of course, keep in mind that forking a script per event could increase the CPU usage on your server (directly related to the EPS level of your infrastructure).