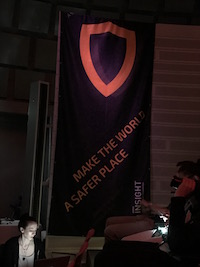 I’m just back from Heidelberg so here is the last wrap-up for the TROOPERS 2017 edition. This day was a little bit more difficult due to the fatigue and the social event of yesterday. That’s why the wrap-up will be shorter… Â The second keynote was presented by Mara Tam: â€œMagical thinking â€¦ and how to thwart itâ€. Mara is an advisor to executive agencies on information security issues. Her job focuses on the technical and strategic implications of regulatory and policy activity. In my opinion, the keynote topic remained classic. Mara explained her vision of the problems that the infosec community is facing when information must be exchanged with “the outside world”. Personally, I found that Mara’s slides were difficult to understand.Â

For the first presentation of the day, I stayed in the main room – the offensive track – to followÂ â€œHow we hacked distributed configuration management systemsâ€ by Francis Alexander and Bharadwaj Machhiraju. As we already saw yesterday with the SDN, automation is a hot topic and companies tend to install specific tools to automate the configuration tasks. Such software is called DCM or “Distributed Configuration Management”. They simplify the maintenance of complex infrastructures, the synchronization and service discovery. But, as software, they also have bugs or vulnerabilities and are, for a pentester, a nice target. They’re real goldmines because they content not only configuration files but if the attacker can change them, it’s even more dangerous. DCM can be agent-less or -based on agents. This is the second case that was the target of Francis & Bharadwaj. They reviewed three tools:

For each tool, that explained the vulnerability they found and how it was exploited up to remote code execution. The crazy story is that all of them do not have authentication enabled by default! To automate the search for DCM and exploitation, they developed a specific tool called Garfield. Nice demos were performed during the talk with many remote shells and calc.exe spawned here and there.

The next talk was my favourite of today. It was about a tool called Ruller to pivot through Exchange servers. Etienne StamensÂ presented his research on Microsoft Exchange and how he reverse engineered the protocol. The goal is just to get a shell though Exchange. The classic phases of an attack were reviewed:

Basically, Exchange is a mail server but many more features are available: calendar, Lync, Skype, etc. Exchange must be able to serveÂ local and remote users so it exposes services on the Internet. How do identify companies that use an Exchange server and how to find it? Simply thanks to the auto-discovery feature that is implemented by Microsoft. If your domain is company.com, Outlook will search for https://company.com/autodiscover/autodiscover.xml (+ other alternatives URLs if this one isn’t useful). Etienne did some research and found that 10% of the Internet domains have this process enabled. After some triage, he found that approximatively 26000 domains are linked to an Exchange server. Nice attack surface! The next step is to compromise at least one account. Here, classic methods can be used (brute-force, rogue wireless AP, phishing or dumps of leaked databases). The exploitation in itself is performed by creating a rule that will execute a script. The rule looks like “When the word “pwned” is presentÂ in the subject, start “badprogram.exe”. A very nice finding is the way Windows converts UNC path to webdav:

will be converted to:

And Windows will even extract s.exe for you! Magic!

Etienne performed a nice demo of Ruler which automates all the process described above. Then, he demonstrated another tool called LinialÂ which takes care of the persistence. To conclude, Etienne explained briefly how to harden Exchange to prevent this kind of attack. Outlook 2016 blocks unsafe rules by default which is good. An alternative is to block WebDAV and use MFA.

After the lunch, Zoz came back with another funny presentation: “Data Demolition: Gone in 60 seconds!â€. The idea is simple: When you throw away some devices, you must be sure that they donâ€™t contain remaining critical data. Classic examples are HDâ€™s and printers. Also extremely mobiles devices like drones. The talk was some kind of a “Myth Busters” show for hard drives! Different techniques were tested by Zoz:

For each of them, different scenarios were presented and the results demonstrated with small videos. Crazy! 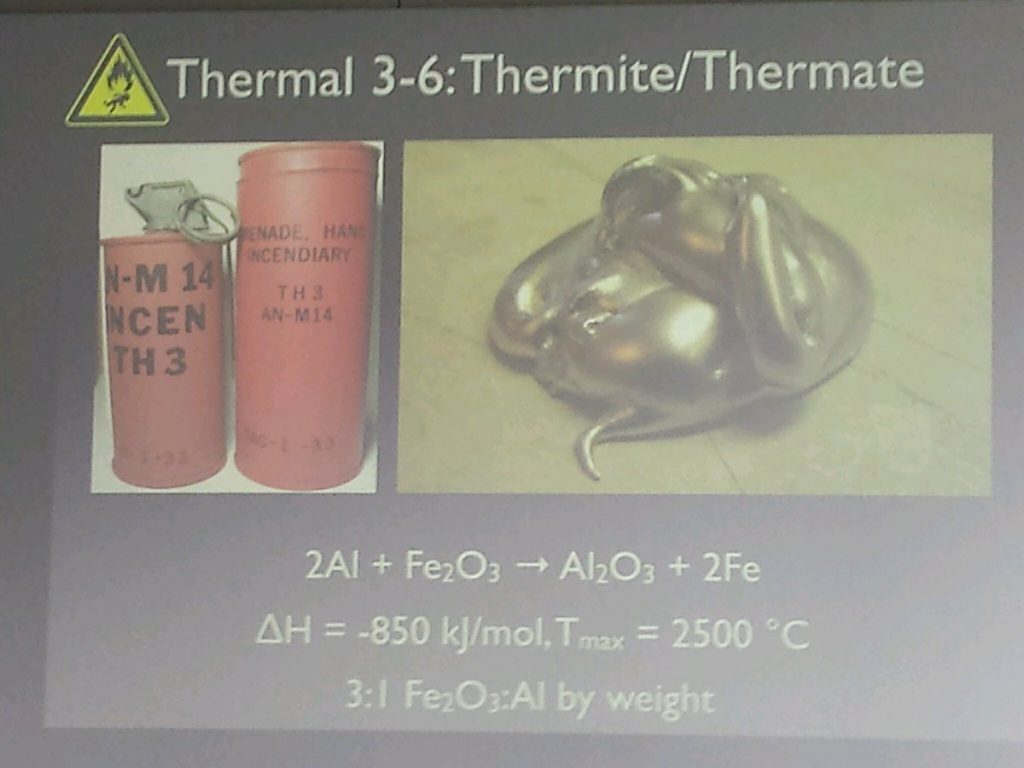 What was interesting to notice is that most techniques failed because the disk plates could still be “cleaned” (ex: removing the dust) and become maybe readable by using forensic techniques. For your information, theÂ most feasible techniques were: Plasma cutter or oxygen injector, nailguns andÂ HV Power spike. Just one advice: don’t try this at home!

There was a surprise talk scheduled. The time slot was offered to The Grugq. Renowned security researcher, he presentedÂ â€œSurprise Bitches, Enterprise Security Lessons From Terroristsâ€. He talked about APT’s but not as a buzzword. He gave his own view of how APT’s work. For him, the term “APT” was invented by Americans and means: “Asia Pacific Threat“.

I finished the day back to offensive track.Â Mike Ossmann and Dominic SpillÂ from Great Scott Gadgets presented “Exploring the Infrared, part 2“. The first part was presented at Schmoocon. Hopefully, they started with a quick recap. What is the infrared light and its applications (remote control, sensors, communications, heating systems, …). The talk was a suite of nice demos where they use replay attack techniques to abuse of tools/toys that work with IR like a Dunk Hunt game, a shark remote controller. The most impressive one was the replay attack against the Bosh audio transmitter. This very expensive device is used in big events for instant translations. They were able to reverse engineer the protocol and were able to play a song through the device… You can imagine the impact of such attack in a live event (ex: switching voices, replacing translations by others, etc). They have many more tests in the pipe. 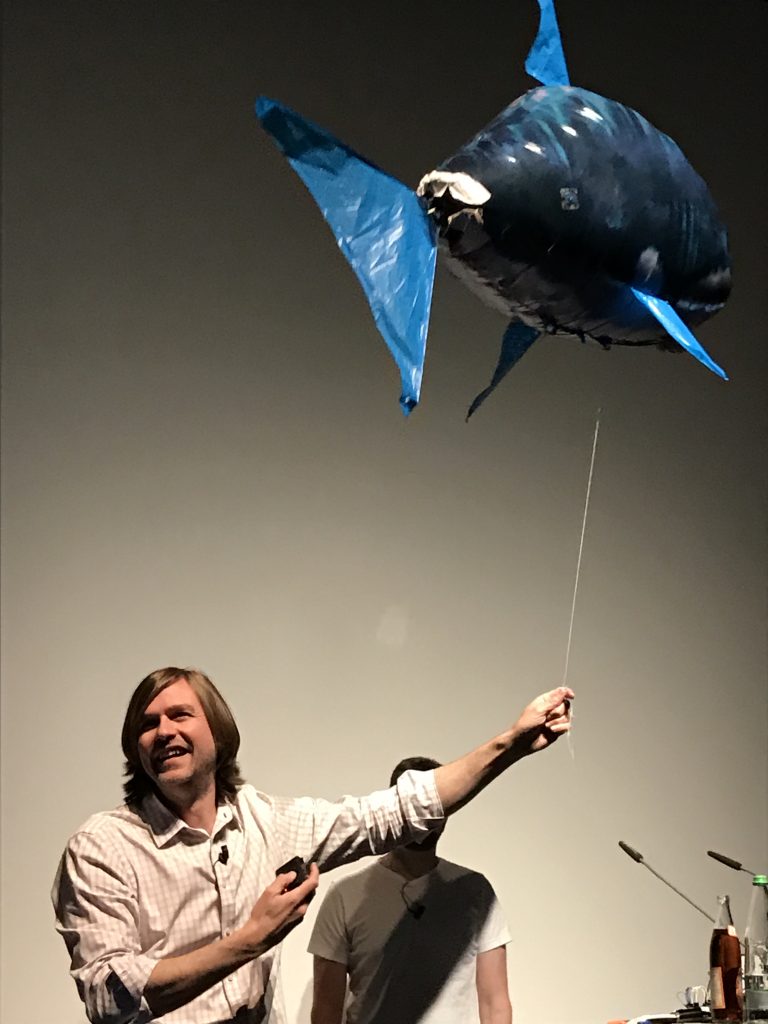 The last talk was â€œBlinded Random Block Corruptionâ€ by Rodrigo Branco. Rodrigo is a regular speaker at TROOPERS and provides always good content. His presentation was very impressive. They idea is to evaluate the problems around memory encryption? How and why to use it? Physical access to the victim is the worse case. An attacker has access to anything. You implemented full-disk encryption? Cool but many info are in the memory when the system is running. Access to memory can be performed via Firewire, PCIe, PCMCIA and new USB standards. What about memory encryption? It’s good but encryption alone is not enough. Controls must be implemented. The attack explained by Rodrigo is called “BRBC” or Â “Blinded Random Block Corruption“. After giving the details, a nice demo was realized: how to become root on a locked system? Access to the memory isÂ more easy in virtualized (or cloud) environments. Indeed many hypervisors allow enabling a “debug” feature per VM. Once activated, the administrator has write access to the memory. By using a debugger, you can use the BRBC attack and bypass the login procedure. The video demo was impressive.

So, TROPPER 10th anniversary edition is over. I spend four awesome days attending nice talks and meeting a lot of friends (old & new). I learned a lot and my todo-list already expanded.