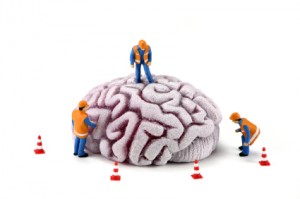 The new version (0.4) of Cuckoo, the open source Â malware analysis system has been released this week. That’s a great news! The list of changes and new features is very impressive. So big that an upgrade is not recommended. In my case, I just installed a brand new Cuckoo instance. It was much easier and save me some nightmares. I still need to upgrade the instance running on my Macbook pro, I hope it will run also very smoothly. Some of the most significant changes are:

The last feature is really what I was expecting for my CuckooMX project! It is now very simple to detect malware behavior just by creating some Python classes. You are free to perform any tasks in the classes: send emails, write in databases, communicate with other processes, … In my case, It will now help me to handle properly the quarantine with suspicious emails.

How does it work? Here is a first example. Malwares make extensive usage of domain names to communicate with C&C or to download software components. Some malwares have a list of hundreds domains they use randomly. It could be very interesting to detect if a program tried to communicate with one of those domains. Cuckoo already analyzes the DNS requests performed. We just have to check if the resolve FQDN are considered as suspicious. The good news: We can find on the Internet free lists of domains or IP addresses which are known as malicious. Such domains list is available on malwaredomains.com.

The following Python class is called by Cuckoo during the reporting phase. It loops through the DNS request captured during the analyze and try to match a malicious domain. If it’s the case, it reports a event of severity level “3” (between 1 – low and 3 – high).

Copy this code in your “$CUCKOO_HOME/modules/signatures directory” and restart the Cuckoo main process.Â To generate the “malicious-domains.txt” file, just use a crontab:

Give some food to Cuckoo and if you are lucky, you will see a result like this:

Today, a discussion started on the Cuckoo mailing list about signatures. Now that custom signatures can be quickly added to Cuckoo, isn’t time to start building a community and creating a central repository for signatures? I’m sure that malware analysts have plenty of suspicious behaviors to monitor. Some examples out of my bag:

Personally, I’m ready to invest some time to help building this! I’m dreaming of a huge community like the one active with Nmap scripts! Comments? Idea?