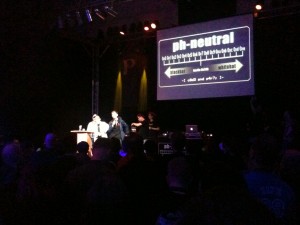 I’m writing the final touch of my PH-Neutral wrap-up from the Berlin airport waiting for my flight back to Belgium. The 0x7DB edition was the first time for me but also the latest one as FX, the founder, decided to not organize the event next year. A page is over!

What differentiateÂ  PH-Neutral from the other conferences? It’s different that’s all! Don’t try to find something equivalent on earth! It’s a mix of party, drinks, talks (yes, there was and good ones!) and social networking. Honestly I never saw so many top-notch hackers per square meter at the same place. Very “big names” were present. I saw lot of known friends and, even better, make new contacts and put faces on nicknames. I won’t give a list because I’ll for sure miss some of them. Anyway, here are some Tweets which give an idea of the atmosphere:

“If there was a magic quadrant for infosec cons, PH-Neutral would be in the top right corner with all others looking up.” (@wimremes)

“As the last #phneutral night fades, it starts drizzling in Berlin. I take that as heaven cries seeing one of the best cons die!” (@phonoelit)

“If only partying was a competitive sport. Olympics.” (@iiamit)

“#phneutral has found its well-deserved place among the legendary cons that once have been. I’m glad I could be a part of it. You guys rock!” (@stfn42)

I landed in Berlin on Friday morning and met Sandro Gauci at the airport station. We booked our rooms in the same hotel and spent the day walking through Berlin (it was also my first visit in this city). All the hotels around the Universal Hall were full of hackers. Nice 🙂 Around 19h, we moved to the conference location and started to … drink some Club-Mate! Due to huge waiting queue at the registration desk, the keynote, presented by FX, was delayed but very nice. Congrats to the PH-Neutral team! Then, back to the bar for more drinks and nice conversations. Yes, I survived to the day #1…

Saturday, 11h, back to the Universal Hall. It looks that the first night was already short (or still ongoing) for some hackers. The scheduled talks started later, thanks to Club Mate (again) for the support. 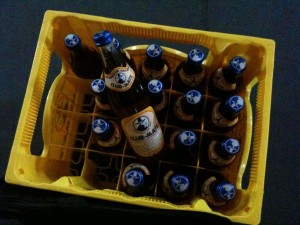 Here are the talks that I attended:

I did not attend the remaining talks as they were too high-level for me (revese engineering, assembler & co). Another nice opportunity to perform social networking and party time!

Ready for the last day. Again too-short night of course, back at the hotel, I add interesting discussions with Italians hackers. I arrived just in time, some people passed all night long at the conference venue. I attended the following talks:

What about the venue? Nice place, easy to reach by public transports, not far from facilities and a nice Wi-Fi network provided by the “Wi-Fi Tree”. A solution specifically designed to provided wireless network during conferences: 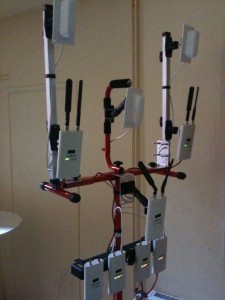 The conference ended with a post-PH dinner organized in a restaurant with a buffet. Another opportunity to have great conversations! PH-Neutral is an private event based on invitations. I’d like to thank here Wim for introducing me and to FX for the acceptance. Thanks Guys, it was a blast! It’s not time to get some sleep!

More information about the conference is available here.