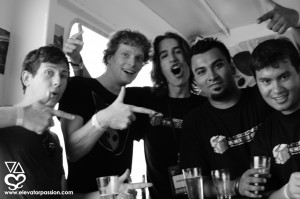 In exactly one week, the 2nd edition of HITB Amsterdam (“Hack In The Box“) will be already over. As you see their logo on the left, I’ll attend the event and perform a coverage via Twitter and my Blog (Thanks against to the organization for the invitation!). I’ll be in Amsterdam next Thursday and Friday, feel free to poke me if you’re around.

For this second edition, the format remains the same as many conferences: two first days dedicated to trainings, two other days for talks about hot security topics and lot of fun with a CTF contest, the hackerspaces and lockpicking villages, the labs (or workshops) and SIGINT (or lightning talks).

As usual, here is my wish list for the talks:

See you there or stay tuned for more information…