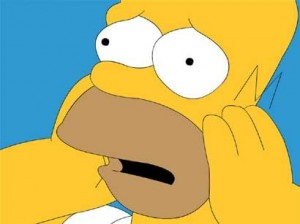 In May 2008, I wrote a blog post about IPv6 (Will Finally IPv6 Arise?) with a date: 2011. We reached the deadline foreseen and it’s now official: IANA is running out of IP addresses. IANA (“Internet Assigned Numbers Authority“) is the organization responsible of the assignments of IP addresses to the different LIR’s (“Local Internet Registries“). An an example, for the countries in Europe, Middle East and Asia, the RIPE (“RÃ©seaux IP EuropÃ©ens“) is responsible for the IP addresses assignments to Internet Services Providers. IP addresses are assigned by IANA by /8 subnets or 255.0.0.0 (by blocks of 16.777.216 IPs). The LIR split them in smaller subnets and assign them to ISP’s or companies (such IP addresses are called “PI” or “Provider Independent“). Finally ISP’s assign them to the final customers, they are called “PA” or “Provider Assigned“.

Does it mean that Internet will collapse soon? Certainly not. The fact that the whole IP addressesÂ  scope has been assignedÂ  to LIR’s does not mean that they are all in use now. For a while, IP addresses are assigned to ISP’s and organizations using strong procedures and criterias. The time is over when you could assign a static IP address to all your internal hosts. Wake up! Some estimations are based on mathematical models and predict that all IP addresses will be assigned soon (somewhere in 2012). Even if all IP addresses will be assigned, I don’t think that it will have a huge impact on the Internet. Big ISP’s already made some sort of “stock”. A well-known Belgian ISP will only deploy IPv6 in 2012 and 2013. “IPv6”, this is the solution to the problem. This new protocol exists since 1988 when the RFC2460 was published (not so new!) and is designated for years to replace the old version 4. I will not come back on the differences between these protocols, there are plenty of sites which will do this better than me. Google is your best friend!

So why does it take so long to implement it? This could be resumed in one word: “procrastination“

“In psychology, procrastination refers to the act of replacing high-priority actions or tasks with low-priority actions, and thus putting off important tasks to a later time.” (Source: wikipedia.org)

For the end-user, IPv6 will not extend the capabilities of the Internet. Your applications will remain the same. The best example is that the transition will be fully transparent to you! Maybe are you still using IPv6 to visit this blog. But for the Internet Service Providers, the manufacturers and developers, things are different. All devices and applications must be “IPv6” ready and this could have several impacts.

From a financial point of view, companies will have to put some money on the table:

But without any real “business” plus-value and due to the crisis, all projects that can be postponed are frozen. From a technical point of view, organizations are not permitted to fail their migration to IPv6. It could be better to plan carefully all the migration, perform intensive tests in lab. Finally, from a security point of view (and lot the least one), IPv6 will for sure bring new threats. A nice example is the lack of filtering on IPv6 traffic via firewalls. Today, lot of tunnels are established to provide IPv6 connectivity thru IPv4 via services like SixXS or Go6. Traffic exchanged in those tunnels is not often inspected. But there are also potential security issues directly related to the IPv6 protocol like the PMTU discovery process.

2011 promises to be a “hot” year on the Internet scene. If your company does not have plans to support IPv6, I suggest you to perform some awareness. My own plans are: speaking about IPv6 to customers,Â  colleagues and to migrate my servers to a native IPv6 connectivity instead of a tunnel.