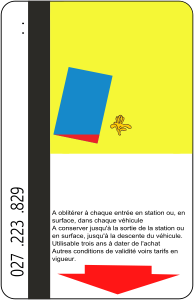 A lot of blog posts already covered the security issue which affected the STIB (The public transportation company in Brussels). I”ll not rewrite the facts here.

The Belgian French television made a story [in French] about this problem. The journalist interviewed the STIB spokeman. During the interview, he said:

This is a good example of security by obscurity. There is a real risk is to see geeks performing war-driving with RFID readers like they started to do a few years ago to find unsecured Wi-Fi access points. Only the encryption of data stored on the RFID chip could solve this issue!