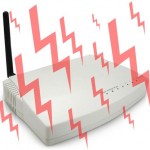 Beginning of this month, the Internet Storm Center published a diary about a new malware (called Trojan.Flush.M) detected by Symantec: Rogue DHCP servers.

The malicious code was analyzed by Symantec. Once the machine infected, it sends fake DHCP offer packets using UDP ports 67 and 68 when another computer on the same network renews its IP address. It then attempts to hijack the DNS configuration of other computers on the same LAN network:

Changing name servers is really nasty. It’s fully transparent for the end user and potentially any web site can be redirected to a false one to conduct phishing attacks. E-mail flows can also be redirected to malicious MX records.

A good protection against this kind of attacks is to not allow direct DNS requests trough firewalls (or at least restrict them to your ISP name servers). All internal hosts must use a local resolver. Unfortunately, this is not always the case.

Groundwork or Nagios are monitoring tools which use an infrastructure based on plugins to perform monitoring of devices and applications. A plugin already exists to monitor a DHCP server:

I patched the plugin code and added a new option to detect any change in the name server offered by the DHCP server. A new command line flag has been added: “[-n requesteddns]”. You can specify a name server IP address. If the offered address is different (via the DHCP option 6), the plugin will return a CRITICAL state. In the example below, the DHCP server must offer 192.168.254.1 as official name server:

A specific DHCP server can also be checked (if you have several servers distributed across a backbone:

This patch is based on the Nagios Plugins 1.4.13. The new plugin is free to download: check_dhcp.c. Note that only the first name server is checked! (the DHCP option 6 allows multiple IP addresses).

The patch is provided “as is” without any warranty. It’s a quick fix and it worked for me. Send me your feedback or remarks.